The Effect of China’s Growing Export Business on the Gulf 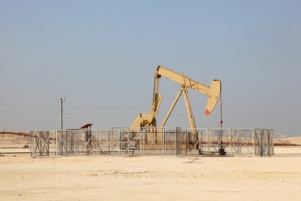 For two consecutive months, China’s trade surplus has reached record highs. The surplus, $47.3 billion in July and $49.8 billion in August, is 30 percent larger than it was during the same period last year.

Whether temporary or long-term, this export growth (and China’s investment in material goods) is good for the Gulf and its oil products.

China’s “ordinary imports,” those used for consumption purposes, have been the decline all year. Goods imported for processing and assembly (and eventual re-export), however, have trended in the opposite direction, particularly during the past six months.

China Chooses to Focus on Export Business Rather Than Domestic Growth

These trends suggest a softening of China’s domestic market but a strengthening of the global economy overall. China’s fastest-growing export market is Europe, followed by the U.S.  China has shipped 12.5 percent more goods than last year to the Euro zone and 11.4 percent more to the U.S. It appears that China is willing to overlook a continued decline in GDP to sustain this export resurgence.

The Gulf Feels the Positive Impact of China’s Boom

The Gulf is feeling the positive impact of these trends. China’s volatile crude oil imports (in volume) increased from a 9 percent decline in July to a more than 17 percent increase in August. Since the beginning of the year, Chinese imports of crude oil have grown an average of 8.5 percent year-over-year in volume and 9.5 percent year-over-year in value (versus 3.6 percent and -1.0 percent in the same period last year).

What happens in China doesn’t stay in China. The U.S. economy is growing right along with China’s resurging exports. If you’ve ever wanted to break into the trade market with China (whether as an importer or an exporter), now is a good time to do so.

Contact the China experts at Walker World Trade to get started on claiming your piece of the action.