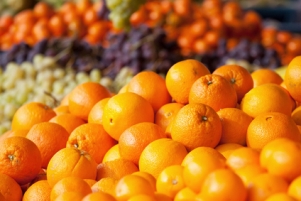 As patriots, it’s honorable to choose your nation’s goods over those from another country, but sometimes it’s simply not an option. Food campaigners in the U.K. discovered this very thing when they complained about the grocery stores’ lack of home-grown apples.

Not Everyone Can Grow Summer Apples

Buying locally grown, seasonal food is the best of the best, but for British shoppers who want apples in the middle of the summer, it’s simply not doable. Enter: International Trade. Without it, U.K. consumers would spend a better part of the year without any apples at all.

International trade moves seasonal surpluses from one geographical area to another that is experiencing a shortage of those goods because of the timing of its growing season.

There Are Limits to Localism

If it weren’t for the apples the U.K. imported from Chile, New Zealand, South Africa, and the U.S., the angry locavores might not have any at all for the better part of the year. They can scour their native lands, but they’ll find no edible apples ripe for the taking. If it’s apples they desire, they’ll have to settle for imported apples until theirs are ready for picking.

Fortunately for the apple lovers, growing seasons differ across the various geographies around the globe… and international trade enables all of us to enjoy them.

Make the Most of the Benefits of International Trade

Learn how to manage your own international trade needs – importing and/or exporting – by reaching out to the experts. Contact Walker World Trade today.